We are a tight-knit group, passionate about our mission to provide first-rate surgical and medical care to the children of this region. Each of us has unique skills and experiences which strengthen our team. Click on the icons above to learn a little more about each of us. 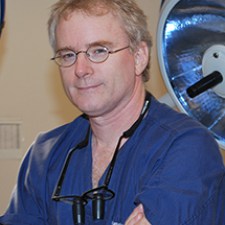 Dr. Schaeffer is a native Kentuckian, born in Louisville and raised in Lexington. Upon graduation from Henry Clay High School in 1980, he received the Rotary Club’s Milward Cup as Lexington’s Outstanding Senior. Dr. Schaeffer spent the next four years at Dartmouth College in New Hampshire where he graduated from the Honors English program cum laude after studying renaissance English literature and writing a thesis on Shakespeare’s romances. He also received an academic citation for his work in cellular biology. His college years also included semesters at Harvard University and the University of Granada in Granada, Spain. While in medical school at the University of Virginia, he was awarded a four month Medical Perspectives Fellowship by the SmithKline Beckman Foundation, one of thirty awarded nationally to fourth year medical students, to treat pediatric dysentery among refugees on the Pakistan-Afghanistan border during the Soviet-Afghan war. During this project, he also treated war injuries and helped train Afghan mujahideen to be combat medics.

After graduating from medical school in 1989, Dr. Schaeffer began his surgical training at the University of Utah where he studied general surgery and urology. It was in Utah that he developed a passion for pediatric surgical care and an interest in the field of reconstructive urology. In 1994, he was invited to be a clinical instructor and fellow in pediatric urology at Duke University under the tutelage of Dr. Lowell King, the first full-time pediatric urologist in the United States. To further his studies in genital reconstruction, Dr. Schaeffer completed a two-year residency in plastic and reconstructive surgery at the
University of Louisville, concluding his studies in 1997. The highlight of these years was a trip to the Philippines to treat children with cleft lip and palate. After three years in the private practice of urology and plastic surgery in Denver, Colorado, including work at the Children’s Hospital of Denver, Dr. Schaeffer returned to Lexington to teach pediatric and reconstructive urology and plastic surgery at the University of Kentucky, eventually becoming the Chief of Pediatric Urology. In 2002, he opened a private practice on the campus of Central Baptist Hospital in pediatric and reconstructive urology and plastic
surgery.

While broadly trained in urology and plastic surgery, Dr. Schaeffer’s primary clinical interest is pediatric urology with a special expertise in genital reconstruction and repair of congenital malformations of the urinary tract. He also enjoys general plastic surgery and the unique problems and challenges of that specialty. 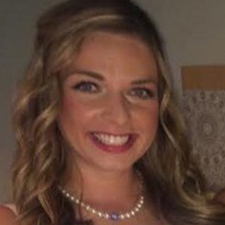 Kari Blackburn, DNP, CPNP was born and raised in Eastern Kentucky. After graduating Belfry High School, Kari pursue her nursing education at Pikeville College and Indiana Wesleyan University, which awarded her a Bachelor’s of Science in Nursing in 2009. Kari began working in the Makenna David Pediatric Emergency Department at the University of Kentucky in 2006, and in 2010 she became the Pediatric Team Leader. With a love for child care, she pursued a career as a Pediatric Nurse Practitioner. She graduated from the Doctorate of Nursing Practice, Pediatric Nurse Practitioner Program at the University of Kentucky in May 2014. Kari has published journal articles to educate other providers about pediatric emergency care. She enjoys keeping others informed about current clinical guidelines and being a resource to the community. She has served as a clinical instructor for students in the Nursing Program at Berea College and at Morehead State University, in addition to teaching other medical professionals throughout her nursing career. Her clinical rotations during her nurse practitioner training steered her towards specializing as a pediatric nurse practitioner.

She has always been interested in pediatric urology, and she is pleased to partner with Dr. Cameron S. Schaeffer, an experienced pediatric urologist and plastic surgeon. Kari is currently certified by the Pediatric Nursing Certification Board (PNCB) and is a member of the American Nursing Association (ANA), Omicron Kappa Delta, and the Kentucky Coalition of Nurse Practitioners. She is also the proud mother of two dirt-digging, truck-loving boys who keep her on her toes. In her free time, she enjoys spending time with her children, husband, friends and family.

Many pediatric urologists practice in large institutions involved in teaching doctors, and many patients seek care in such settings. We respect that decision. Without detracting from the very important mission of large teaching institutions, our mission is different. We provide families an alternative to care in such settings. If your child needs surgery, the procedure will be done by one of the best-trained pediatric urologists in the United States, not a trainee. Your child’s anesthesia will be provided by fully-credentialed anesthesiologists who practice anesthesia daily and who are extremely skilled at regional anesthetic techniques for post-operative pain control in children. If your child is hospitalized after surgery, he or she will be admitted to a private room on a dedicated pediatric ward staffed by a stable group of very experienced nurses who have worked extensively with Dr. Schaeffer. We are committed to patient privacy, and we invite you to review our privacy policies outlined in this website. We welcome feedback about the care we provide.

We provide families an alternative to care in such settings.